A downloadable game for Windows

Welcome to the Tubby Super Cat Demo
This game has been long awaited and I wanted to give a demo out for everybody who wants to play!

A platformer involving Tubby Super Cat, he can Run, Jump and Climb his way around the world.

This is a basic version of the idea that I want to create, everything is being recreated so there may be a few glitches in this version.

The game is intended to feel like a classic era Platformer but with the beautiful visuals of the modern age!

Try it and have some fun!

Short game, even if it's to learn the controls for moving around the area, I prefer to have some levels instead of 1 overworld. I made a video about this game, it starts at 0:00 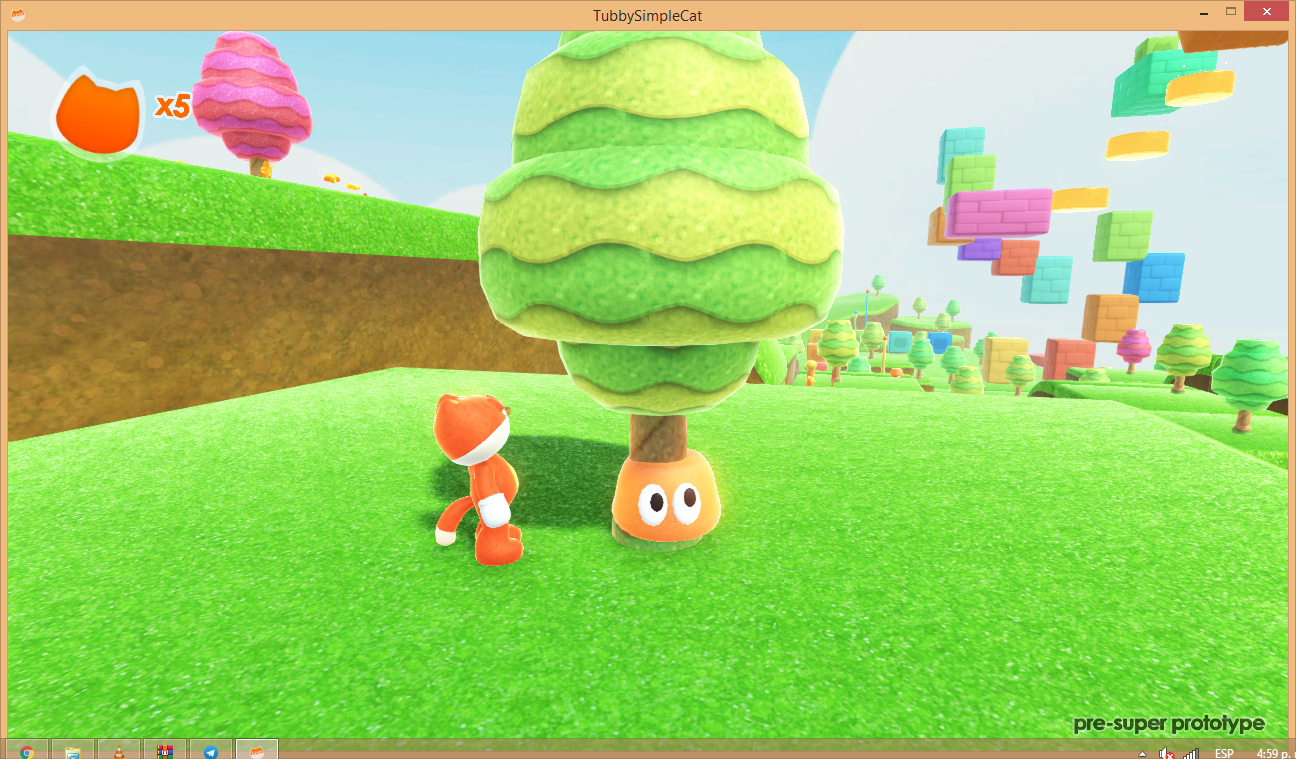 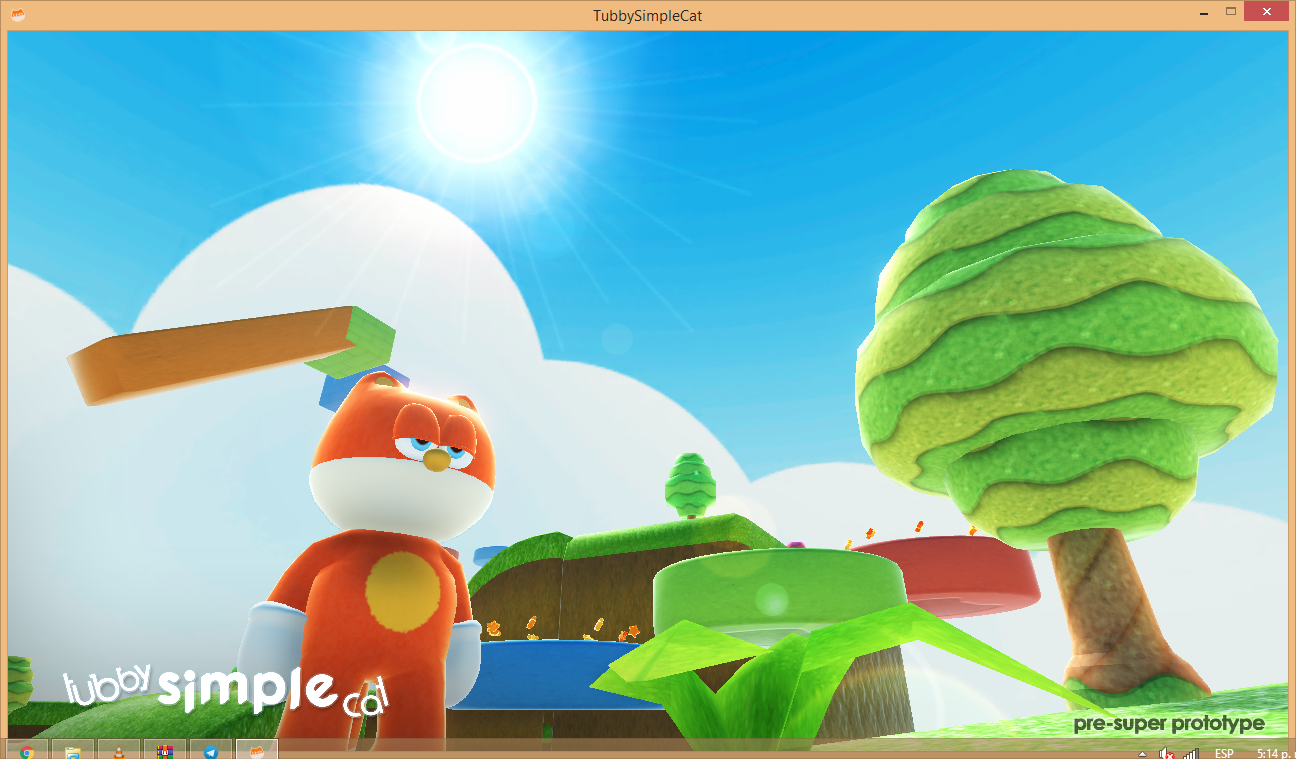 Can you change the button layout

are you still working on this? there have been no uptades on youre yt.

hey that's amazing, will you ever release the controller on the asset store?

This is my game, why do people ask if I'm going to give them the source code when it's pretty clear I'm making a game.

Please do not ask for the backend of what is clearly intended as a game, it's highly inappropriate.

Quick Question, how do you go into "capture mode" in the game on PC

Backspace seems to do the trick for me, I didn't actually remember the controls until I just played it just now.

I really wish I'd put the controls list in-game rather than on itch.io.

Been following Tubby Super Cat for years. I loved finally getting to play it. I constantly check for anything new related to this project. Do you actually have a story, other environments, full worlds and levels made, Nimsony? Is the full game getting close to a full-fledged release?

i just wanna know, does this gam damage my pc i am asking this because when i open the file it says "this might damage your pc do you want to run?"

Nope it's just not signed by microsoft.

This was really fun, I'm looking forward to the next demo you release!

Really nice project and nice work! Tubby seems like a nice cat haha! Have you considered participating in our GDWC #gamedev contest ? Check out our itch.io page for more info :)

I'll have a look thanks.

Sorry I was updating the game.

It's now fixed. Thank You

Aesthetically, this is quite nice. Definitely has the potential to become a fun, charming game.

As for the gameplay, it's mostly smooth. But, the input mapping desperately needs some attention. I know that you're planning to basically rewrite everything, but this demo's input mapping is exceptionally rough. So, even for a demo destined for obsolescence, I'd still suggest an input polish pass, for usability.

First, the binding. There's no way to bind camera movement to a gamepad's right analog stick or the mouse. There's also no way to bind actions to analog inputs (e.g., crouch to a gamepad's left trigger). And, axes are inverted (positive is down/right, negative is up/left). Although Unity's built-in input manager is far from ideal, these issues are all solvable while using it.

Then there's the default controls, which are nonstandard, to say the least. The default keyboard controls are the arrow keys for movement and WASD for the camera. Gamepad camera controls are pause to look up/right and select/back to look down/left. The camera zoom gamepad button is the bottom face button (A on an Xbox controller). Jump is the top face button (Y on an Xbox controller).

As a side note, if you want to automatically recenter the camera vertically, it should only happen when the player is moving. A stationary player is most likely looking around intentionally.

Finally, a couple of minor notes. I noticed while climbing a tree that the puff particles continued to emit while stationary on the tree. They seem to be set to emit over both time and distance. And, when you walk up the purple ramp near the start, you're stopped at the top by the corner of what I assume is the top terrain's box collider, which extends beyond the rounded corners of its mesh.

All that being said, thanks for releasing an early playable demo! I'm definitely interested in seeing where this project goes.

I just fixed the Analogue and Default Controls and I'm uploading now. I forgot to check them and have been using the Keyboard for a while.

Controls on other gamepads are going to be wrong, I can't really fix that since my Gamepad is not xInput, or at least I'm not using it in xInput. The controls are correct on my Gamepad but I guarantee if I switched to my old Gamepad they would be bad.

The default controls on Keyboard are the Movement on Cursor Keys. This absolutely is Standard, if you grab an Emulator for a N64 you'll see this is the standard for Platformers, I really don't like Mouse move Camera controls in Platformers, they should be designed to handle the camera appropriately as you move without having to be modified. The camera movement in this is a little weaker than it should have been but you can move and not touch the camera control for the most part.

Either way I've fixed the Analogue Camera issue and Defaults for Gamepad and am uploading now.

All Collision issues are not going to be a problem from here forward, the entire Character Control Code is being replaced, the whole collision logic in this is much worse than in my fan game project and the reason I created that was to practice better character control, so no problems there :)

Please redownload. You maight still need to change the controls for your Gamepad but you can now use the Analogue properly for Camera. Thanks

Honestly, beyond a few collision issues such as the fact that I can any angle below 90 degrees by running grouching and juping repeatedly, as well as the fact that the camera should be more automatic then manual. It's a really good game! I see no reason why you would want to start from scratch.

Thanks, but the entire underlying code for this is nowhere near the quality of the SM64 Reimagined fan game I made. The reason I made that was to learn to improve my platforming code massively.

Here the example you gave running on extreme slopes, I can't fix that easily with this code, it's much more difficult than that one is.

Ok, Good luck then, I hope to be playing it soon!

You should make  a VR Gorefield game!

I would have done this myself but itchio screwed up the Delete and Edit buttons and the only way for me to remove this comment would be to Ban you.

So I may as well leave the choice to you.

I'm sorry, but I wasn't linking my own youtube channel.

Thanks for deleting it.

Videos of the game make sense here, but links to actual YouTube channels will become spam very very quickly. When you look at the spam comments on YouTube and your video does ok, you'll see it's just 90% links to apps.

I gotta make sure they don't start, because they will never stop appearing otherwise.

I'm just sad it's such an issue that it had to net me the annoyance of one of my favorite creators.

Love the project dude and all the work into it.

Can't wait for a new demo soon on a new Engine. 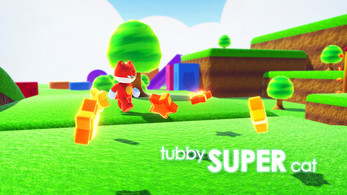 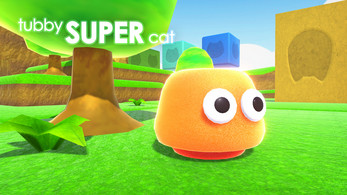 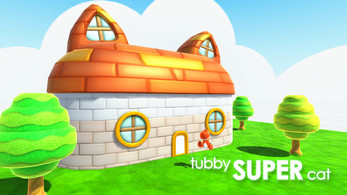 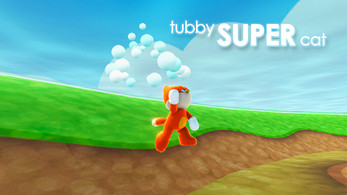